Coat of Arms design for the Zambo Family

Although our country’s most famous singer Zámbó Jimmy died over 13 years ago, even today he’s still referred to as ‘The King’ all over the country.

During his lifetime there were over twenty vinyls produced of which most of them were awarded gold.

The Artamax studio was looked up  by Zámbó Krisztián, his son, in order to create a family hatchment in the honour of his father’s memory.

He requested a coat of arms that could be used as a logo representing his father’s musical career and at a same time also that follows the logics of a classical crest.

The shield itself has a shape of a heart and within the shield, the small crests’ elements were carefully chosen by Krisztián, that are representing the Zámbó family.

His father's love of horses, is portrayed by the mythological animals, the Unicorn and the Pegasus. 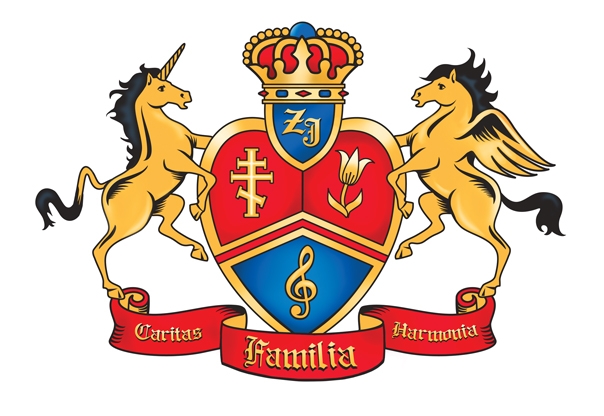 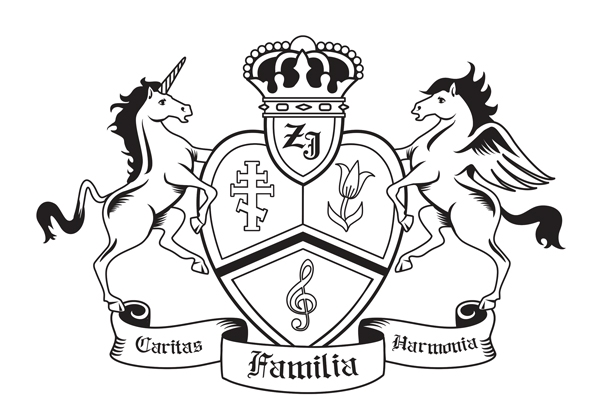 Explanation page for the design 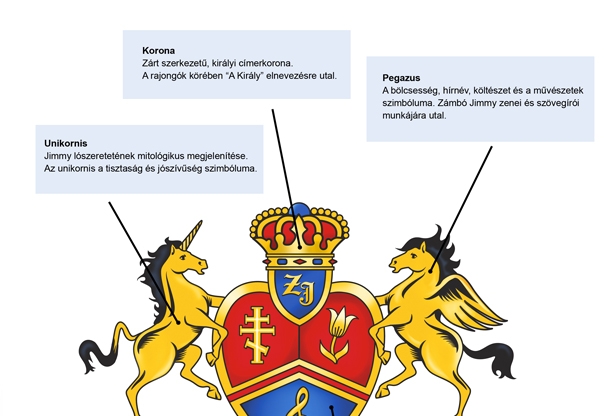