Dj Junior one of the first Hungarian Dj's who brought electronic music to Hungary.

Junior started he's carrier early in 1985. Since then biggest clubs worldwide invited him to play during the last 30 years, including: Pacha Ibiza, Ministry of Sound London and Renessaince. Junior played together  with Bob Sinclar, David Morales, Roger Sanchez, Danny Rampling, Junior Jack, Paul Oakenfold and others. 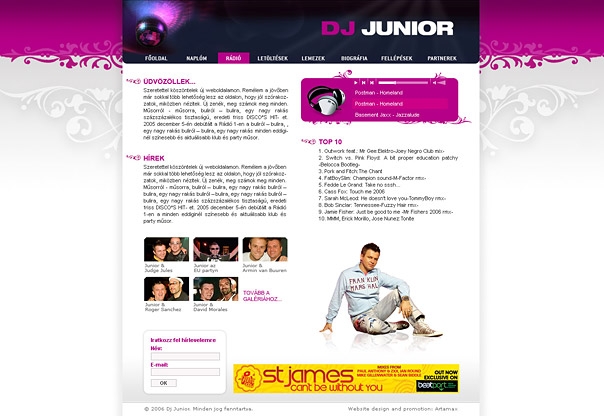 Personal logo design for a Dj